There’s been a multitude of bunnies this summer. Every morning I walk, I’ve watched as rabbit after rabbit spies me and then scampers away.

But this summer I’ve seen everything from wee babies to old mangy ones. And they are all the same in this:

They seem to live in a fearful place.  Maybe it’s because they’re smaller and lower on the food-chain. And probably because they are, after all, bunnies, but there seems to be only one way for them to overcome fears.

I can be walking on the path praying or looking at what’s ahead on the trail and not even see the little creature to the side of the trail . . . until it hops away.

Other times, I’ve noticed them and slowed, tugging out my phone to capture a picture of their cuteness. But before I can move close enough to frame a good shot, they leap away. I know I only want a photo, not to hurt them, but they don’t know this.

They race away as though I intended to make stew out of them. Granted, they can’t know my intentions; they only know what they think they’re seeing.

Fear is such a liar. This link goes to a great song if music helps you with concepts.

How many times have I been like those bunnies? I’m living out my day, minding my own business, and something unexpected comes along. My first instinct is fear. I begin planning how to get through the “maybe” hard-thing-coming.

. . . Instead of running to God with my heart and my concerns and resting there in His presence.

The crazy thing is, my thoughts charge from zero to sixty toward worst-case scenarios faster than a Porsche Carrera. But, I’m not quick to remember I can overcome fears.

If I could tell those rabbits some things, I’d share these 4 thoughts to overcome fears:

He’s our Father, and He loves us. Often times, those big circumstances don’t come to pass in the way we worry they will. And many times, they end up not being as life-altering as we feared.

But, in those times when the “worst case” becomes reality, we won’t walk through it alone. God always walks with us. He strengthens us to endure whatever we’ll face. Unlike us, God isn’t trapped into a minute-by-minute existence. He’s already seen every second of our lives. He knows how it’ll all turn out. We just need to trust Him.

Those bunnies may never understand these truths, but when we choose to look to God rather than to focus on fearful circumstances, we won’t have to skitter away into tall grasses. We’ll already be held by the One who loves us most.

What about you? How has fear ruled you in the past and what have you done to overcome it? When has God brought about a surprising result to a situation you were fearful about?

I’m linking up with #RaRaLinkup and

Yep, I’m hearing you loud and clear on this, Jeanne. I’m working on not running to “worst-case” first too, although sometimes I literally have to tell myself to cut it out! Wonderful post, friend. 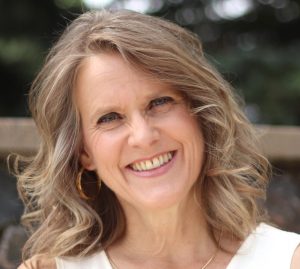